Here is how the script goes.

A Christian conservative, says something about keeping men out of women’s bathrooms. He gets a bunch of likes on Facebook and supporters who comment “Yeah, give those trans perverts a bathroom of their own labeled ‘confused’ LOL!”

Then someone on the left calls him a hateful monster and brainless excuse for a human being. The two sides shout at each other online for a while until the next story distracts them.

When Tracy Murphree, the Republican candidate for Denton County Sheriff, took to Facebook last week, the script played out. He wrote, “If my little girl is in a public women’s restroom and a man, regardless of how he may identify, goes into the bathroom, he will then identify as a John Doe until he wakes up in whatever hospital he may be taken to.” There was a chorus of “Amens” on his page. Mr. Murphree said he would not arrest someone who had beaten a man in a women’s restroom. Like a county clerk refusing to issue same sex marriage licenses, here was a soon-to-be county sheriff claiming a religious freedom exemption for assault without cause.

Then the other side launched into character assassinations of Mr. Murphree: “What a moronic bigot!”

My wife, Amber, criticized his comment, arguing that it puts our transgender son, MG, at risk of vigilante violence. She soon found herself in a media storm, because nothing gets clicks quite like a gender rumble. Yesterday, a news team came to our house. When the camera went on in our living room, she was set up to play her part in the hate fest. It was as if the director of our culture war had said, “And cue the angry mother of a transgender child…action!” Sit back and watch the sparks fly.

But Amber didn’t stoop to name calling. Instead, she said, “I don’t think Tracy is a bad person.” And for his part, Mr. Murphree apologized, admitted it was a mistake, and promised to have a meeting with the LGBT advocacy group Equality Texas.

We don’t always have to follow the script. The key is to acknowledge human imperfection, avoid the seduction of certainty, and try to get to know each other as human beings, not icons and comment boxes.

The people on Mr. Murphree’s page were oh-so-sure that they know everything there is to know about our family and our son. One of them wrote to Amber, “Give me a freaking break! I raised four kids. Sure, each of them wanted to wear heels etc. when they were little. I let them because they were toddlers! Then you tell them at age 4 & 5, no honey that’s for girls and that’s for boys! I’m not buying your story at all.” Another wrote, “this whole idea of your not born one sex or the other is ludicrous.” And another about our son, “At 8 years old he’s looking for direction. You should point him in the right one not leave him confused and encourage it. Wow…You, ma’am, need Jesus.”

The exclamation points tell us that she has it figured out. Even the most cursory exposure to our family is enough to know for sure that our story is not to be “bought.” The whole thing is patently absurd. There is one right direction and they, of course, know what it is.

If you begin with this kind of piety, rather than compassion, then the beginning is already the end. You already know it all. The only thing left is to spout your wisdom at the benighted masses and hope they find Jesus too.

Sometimes love and hate are hard to untangle. Mr. Murphree’s love for his children came out in a hateful way. I can relate. I bet most dads have felt so protective of their kids that they get that hot feeling in their chest, that righteous anger. It’s intoxicating. I felt that way when I first read his comments and those of his supporters. I love to hate them.

But if I check that impulse I am able to hear something that got passed over in the media frenzy. At least three times, Mr. Murphree referenced political correctness. For example, he said, “I won’t sacrifice my daughter’s safety to political correctness.” This is a man who feels like he couldn’t say something important, because a censorious culture filled with the same pious rectitude would label him bigoted and his concerns illegitimate. But there is a legitimate concern there. What if a culture of tolerance shames people into silence and leads others into harm? As Mr. Murphree later wrote, “I’m angered that when someone says bathrooms should be gender specific, they are made to be a horrible person.”

As an aside, I think our local politics has become diseased with the badgering dogmatism of political correctness. I can’t think out loud through different points of view or even share an article without the hounds nipping at my heels to get me back into the herd. When I stumped for the fracking ban, I’d always acknowledge that reasonable people can disagree. And then I’d give my best arguments for the ban. Being ardently committed to a cause yet retaining a sense of one’s own fallibility is a matter of tone and good grace. Now it feels like I am surrounded by the unimpeachable. It’s exhausting.

Those of us striving for a safe, tolerant, and fair society for transgender people are not going to succeed by shouting down others. As Jonathon Chait wrote, “Politics in a democracy is still based on getting people to agree with you, not making them afraid to disagree.”

So, how do we get people to agree with us? I think it takes face to face conversations. 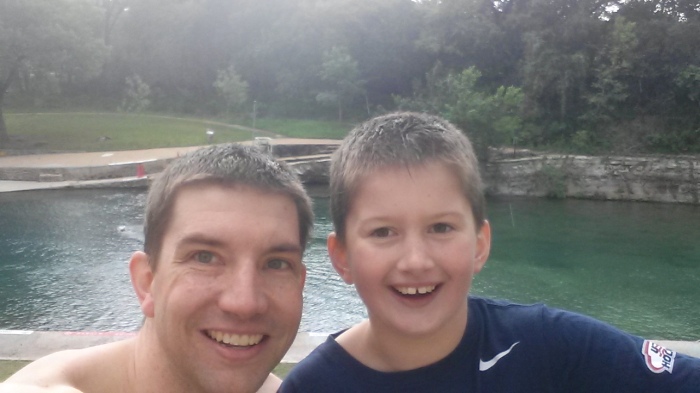 I’d love to talk with Mr. Murphree about his concern that allowing people to use bathrooms corresponding with their gender identity will “raises the odds” and “give a window” for sexual predators to commit crimes. From what I have read, that is exceedingly rare. According to Media Matters, non-discrimination policies do not lead to an increase in assault, voyeurism, or harassment. Even the American Family Association boycott pledge against Target cites only two examples, one of which just involved a guy taking off his shirt in the women’s locker room. So, I’d like to ask him why there is so much fear.

I’d also like to know what he means by “a man, regardless of how he may identify.” I imagine my son at the age of twenty being forced to use a women’s restroom because of a law that identifies him by birth certificate. I think that may be what Mr. Murphree has in mind, but then again in terms of how MG looks outwardly, a man is in the women’s room. I think he would want MG to use the men’s room. I think he would want trans women to use the women’s room. And of course, neither of us wants anyone to be assaulted or harassed. So, maybe we don’t have much to disagree about.

The last thing I would love to ask him is what he means when he says: “I have no issue with transgenders. That’s between them and God.” For me, the religious dimension is one of love. Christians have been given a radical call to love everyone, even the despised outsider lying in the ditch. Mr. Murphree admitted that his statement was un-Christian. I think that is a very Christian thing to do. And it’s a good place to start.