I have lately seen both of my children intersect with the realm of medical and social labels. A kid who likes short hair and Star Wars becomes “transgender.” A kid who coughs and is prone to pneumonia becomes “asthmatic.”

The labels help some and hurt some. It is good to know there are others out there like you and your family. It is good to know there are things to do. I take the labels seriously. But I try not to reify them and let them do the thinking for me. Asthma, for example, is not well defined. Our different pediatricians disagree about the diagnosis. Even those who like the diagnosis admit that asthma is really a catch-all term for lots of poorly understood stuff about breathing problems.

How many asthmatics are there? Well, it’s an unanswerable question, because the term is so loose. How many transgender people are there? Well, I think ditto. That doesn’t mean there is no such thing as being asthmatic or transgender. It just means human categories are often poor approximations of reality. Breath is a spectrum from in to out. Gender is a spectrum. It’s ok, just breathe.

Is Lulu really asthmatic? I don’t think that matters as much as trying to do things that help her to flourish. Is MG transgender? Again, ditto. So, I understand the need for short-hand labels. But beware the way labels become impersonal signifiers. They become numbers and data points that get used this way and that. They hide the faces behind them – the unique stories. They are like the eyes of Medusa – they freeze into stone a living, changing self. 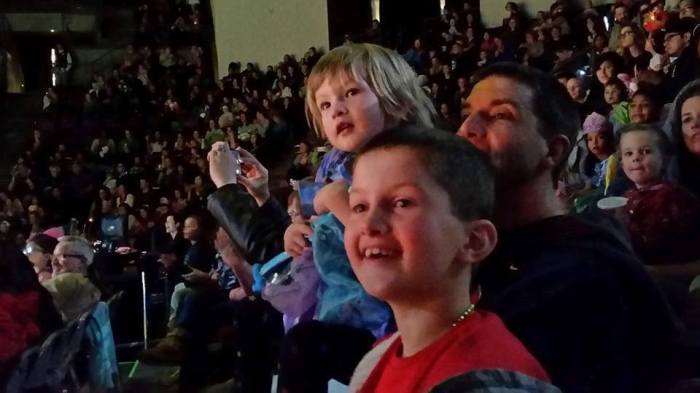 People sometimes ask how a child who is only eight years old could possibly identify with a gender that doesn’t correspond to their sex or the gender assigned at birth. Kids are too young, they say.

Well, maybe it seems less weird if you consider that an eight year old is also a 3,000 day old or a 4,320,000 minute old.  Have you ever spent all day with a three or four year old? It can seem like an eternity. Now stretch those eternities across eight years and you can remind yourself of how it is to be a person. The slow work of unfurling, becoming, self-knowing.

So much is packed into a day of, say, a five year old. The bathroom saga. The toothbrush dilemma. The board games strewn around the toy room. The sore fingers from tying water balloons. The skinned knee from falling off the trampoline. The inconsolable rage at your sister. The unstoppable laughter when tickled. The adventure of making lunch. And dear god it’s not even afternoon yet.

We used to play make believe zoo, then make believe garbage monsters, we learned to swim, we used to be a white belt in Taekwondo and of course we used to not do Taekwondo, we used to really be into Spiderman, Minecraft on again off again, we used to love Caillou (thank god that is over).

We used to say there are lots of ways to be a girl. Now we say he is a boy. Dresses went away at the age of 2. Asking questions about whether scientists can turn us into boys at the age of 4. Short hair at the age of 5. Changed pronouns at the age of 6 and a half – really 6 and three quarters. That didn’t happen overnight. Day by day – slow and slow – things change. But some things go away and some things develop. We don’t play garbage monsters any more, but we are still wearing our hair short. We are still convinced “pretty” is a derogatory term. We still identify as boys. We still are boys. We are still who we have always been, though changed, of course.

Transition, metamorphosis, selfhood. I wonder if we can keep all of this in mind when we talk about bathrooms and gender identity. We all have spent millions of minutes becoming who we are and being who we become.

So, please be conscious of the way labels can trigger in your mind instant assumptions, boxes in which you then file people away – good or bad, blessed or cursed, odd or normal. No eternity of days can be captured in a single word. And no word can substitute for listening ears and loving care.

4 thoughts on “Asthma, Gender, Numbers, Self”