So, you like the idea of an equality ordinance for Denton.  But you don’t quite know how to talk about it. Well, here are some ideas.

#1. Dude, everyone deserves equality before the law. That’s so American!

#2. It is legal in Texas for a boss to fire someone, a landlord to evict someone, or a business to refuse service to someone just because of their sexual orientation, gender identity, or gender expression. That is so un-American! (see #1)

#4. Despite what you read in the comments section of the DRC, this doesn’t give anyone “special rights” or “special treatment.” If an equality ordinance guaranteed that trans people get an extra cup-cake at work, then I could see this argument. But it doesn’t. Do you know why? Because it’s about EQUAL rights not special privileges. If you fit our culture’s hetero-sexual, cis-gender norms, then guess what – YOU have privilege, bro!

#5. But what about bathrooms!? Fear not, this has nothing to do with bathrooms. (The Dallas equality ordinance, for example, never mentions the word.) Repeat: no potty logic involved here. Just, you know, people being treated fairly in employment, housing, and public services. 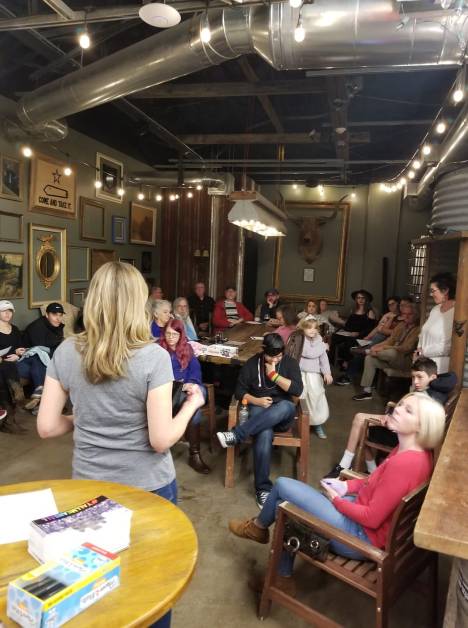 #6. Take a deep breath – we won’t be sued. Five cities in Texas have a similar ordinance. Some have been around for over ten years. No one has been sued. Dude, PLANO has an equality ordinance. (Denton, is this mic on?)

#7. If someone is not buying the whole American values argument, tell them that this is good for business. That’s also just so American! Discrimination, it turns out, isn’t just wrong, it’s bad for business.

#8. But religion – doesn’t this violate religious freedoms?! No, religious organizations are already protected by federal laws that allow them to make employment decisions on the basis of religion. These rights are reflected in other Texas equality ordinances through exemption clauses. Denton will do the same.

#9. I bet you know someone who is gay, trans, or doesn’t fit gender stereotypes. Ask yourself if you think they deserve the same rights as you. If your answer is yes, then know all you need to know. Speak up. Show up. Wave a flag with red, white, blue, and all the other colors.